1. Have a one-track mindset.

You’ve probably heard the saying before, “too many irons in the fire” meaning you have too many things going on at once. Daniel’s (my husband) life is immersed in football. If I didn’t plan weekly outings our couple time would be spent looking at football footage. For over ten years, he has focused on football and nothing else. For example, his schedule is personal train at 4 AM for half an hour to an hour. Between rest and nutrition, he reviews football matches on television (the majority of the time the same matches), highlights on Instagram, and listens to football commentary on his radio app. Currently, team training is from 5 PM to 7 PM then he’s back home to look at more matches until bedtime. I envy his focus. Lesson: Focus on one thing until you see it through to completion.

2. Put into practice what you learn.

Secondly, it helps to actually DO what you’re focusing on. The daily immersion of football via various media outlets is not purely entertainment but his way of studying football. On Instagram, he reviews highlights of Cristiano Ronaldo or Lionel Messi, learning from the best in the game. He incorporates the moves from these players and others into his matches. Daniel explained to me there is a difference between training fitness and match fitness. Personal and team training is necessary but he has to play matches to test his true level of fitness. Lesson: Learn from the best and put it to the test.

It’s important for you to get proper rest so you can perform at an optimal level. A chunk of Daniel’s day consists of rest and recovery. Insufficient rest can hinder his performance. In addition, overtraining can actually result in an injury. He’s attuned to his body. His body advises him when to skip a personal training session and sleep in. In today’s society, oftentimes we take the opposite approach. Instead, we ignore inherent signals from our bodies that we need rest. We overwork our mind and body leading to exhaustion resulting in various illnesses. Lesson: Take a break, you’ll perform better.

4. Drown out the naysayers.

There’s always going to be people that think they have your best interest at heart but can’t believe at your level. Be careful not to confide in these people. They can tarnish your inner spirit, distract you from your focus, and have you doubting yourself. People close to Daniel pleaded for him to come home and get a “regular job.” Thank goodness he persevered and followed his passion. You may have people in your life that think they know what’s best for you. The truth of the matter is they are not going after their dreams. Once things start to happen for you, they develop amnesia about discouraging you from following your dreams. Lesson: Everyone can’t handle your ambition.

5. Surround yourself with like-minded individuals.

Connecting with people that share your passion is monumental. Other than Daniel’s family, everyone he talks to is affiliated with football in some form or fashion. They are either past and present teammates, agents, coaches, or managers. Associating himself with people that share his interests has provided leads for teams and positions on teams. These individuals are aware of his position, skill, and dedication to the game. When an opportunity has arisen in the past, they have personally vouched on his behalf. Lesson: Maintaining contacts with similar interests helps you to reach your goals.

Sometimes you have to play second fiddle. During our three-month holiday vacation in Ghana, everywhere we went someone shouted: “striker” (from cars, in the grocery store, the mall, restaurants, the South African embassy) to greet Daniel. Before coming to the UAE, he played for four professional teams in Ghana as a striker. Not only did his position change from striker to right-back but he no longer played professional but amateur for five consecutive years. Despite the demotion, he was grateful for the opportunity to play overseas. He says often, “God’s timing is the best time.” Lesson: Follow the passion, recognition will come in due time.

It’s going to get worse before it gets better. That’s a guarantee! It’s important that you always remember your WHY. Daniel has countless stories about the adversity he has faced trying to pursue his passion as a footballer. He traveled back and forth from Ghana to the UAE on three occasions unsuccessfully signing with a team. Two of the three times he arrived in the UAE with no money in his pocket. He had two intangible resources talent and favor. Those two resources sustained him until he signed his first professional contract in the UAE in July 2018 and another in January 2019 and another in August 2019. Lesson: Take suffering in stride. This too shall pass.

My husband has taught me:

You get what you FOCUS on, so FOCUS on what you want.

This new way of working will aid me in reaching the highest, truest, fullest expression of myself. Join me in “finding yourself,” and discovering new ways of thinking, new ways of living, and new ways of working. You’re invited! 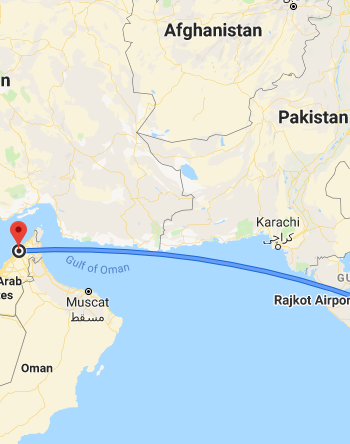 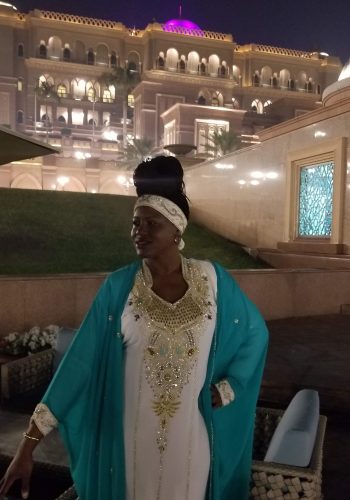 Baby Step Your Dreams Into Reality 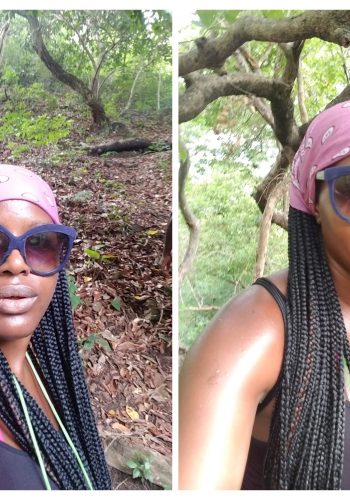